"..Shame on those of us who are Christians and do not follow the way of the Saviour of the World, whose life was filled kindness, humility and martyrdom! If we lived by the laws he gave us and were worthy of being called Christian, peace would have reigned on this earth. Men were supposed to be the equals of the living angels who unceasingly sang praises before the eternal God. Had this been so peoples of the world would not be divided along lines of emnity. In truth there is no legitimate reason or good cause which justifies war".
(H.I.M)

In the ancient northern capital city of Ethiopia there lived for the most part of his life one of the greatest Ethiopian saints. He was the son of pureblooded Ethiopians, Abyud (Isaac) and Christina, this saint "...whom we know as Yared," is the composer of the great sacred music of the church and is without equal to this day.

Yared was born about A.D 505 in Axum, a son to a wealthy Christian family. When Yared was about seven years old his father died and he went to live with his Uncle Gedewon, who was at the time the gabaz (treasurer) of the Axum Tsion (Zion) Church. Yared’s uncle imparted to him a formidable knowledge of theology, natural history and music. He was an excellent student, and within a period of twenty – five years he had acquired a vast knowledge of music..

After Gedewon died, Yared took over the great responsibility of replacing his uncle. He also became a professor of theology, including the Old and New Testaments. He was ordained deacon; then he married and later was ordained priest, as is customary. Yared became communicating with the nine monks.

Abba Pantelewon, one of the nine remained in Axum, and thus communication between him and Yared was convenient. Yared learned much about Western traditions, customs and way of life from Abba Pantelewon. In addition to this, it is said that Yared visited Constantinople twice. Yared himself tells us as follows:"..I went to Rome [Second Rome Constatinople] where I saw a Church, I knew her and loved her like my own sister, a few years later, I visited her again during the time she was bathing in the river Tigre."

Yared composed all the music used for the Ethiopian church’s chants and developed classical musical art forms in the sixth century A.D. The music all speaks of the Creation and the prophecies and the life of Christ – His Advent, His Incarnation, Nativity, His great works and saving acts, His Baptism, Crucifixion, Death, Resurrection, Ascension, and His Second Coming. The music also reflects the national expression and Ideals of Ethiopian people. It is believed that some of the songs, especially those from the Old Testament, were used for singing and praying by many devoted Ethiopian churchmen before Christ. Therefore we must admit the existence of the art of music in Ethiopia during Old Testament times. It was one of the creative works of the African Empire. Notwithstanding Saint Yared of Axum must be credited for most of the music of the Ethiopian Church.

The Mazbaga Deggua believed to have been written by Yared himself, can be found today in one of the oldest monasteries (the Tana Krikos Monastery). Yared begins his works with the words, "...Halleluia to the Father, Halleluia to the Son, Halleluia to the Holy Spirit." His divine composition is from the Old and New Testaments and from the works of the church fathers Saint Athanasius, Saint John Chrsysostom and Saint Cyril. His work is intricately done, with words suitable for prayers and the Glorification of God.

Though he visited Second Rome, his work is uniquely Ethiopian, bearing no resemblance to Western Notation. It consists of Geez syballic characters and projects the tradition and culture of the Ethiopian people. The different sounds of his chants indicate the joy or sorrow and brave determination of the Christian Ethiopian. Saint Yared lived between the time of Emperor Kaleb and his son Emperor Gabre Masqual. Yared gained information about the Western world not only from Abba Pantelewon but also from Abba Aragawi and Abba Yesehaq (Gerima). The Tarika Nagast which means "History of Kings," and Gadla Aragawi state that Emperor Gabre Masqal, Abba Aragawi and Saint Yared lived at the same period as close friends. Emperor Gabre Masqal, Abba Aragawi and Saint Yared traveled thoughout Tigre, Begemidir and to Lake Tana together. After two years at Lake Tana, they went to Gaient and built the church of Saint Mariam at Zur Amba. It is said that the Emperor, Abba Aragawi and Yared, while going to the hill on which they built the church, had difficulty finding their way until a guide from God came to them and said to Abba Aragawi, "...Zur Abba Mengale Misraq...." which means "...Abba, turn to the east; you will find the way to the hill." The place is now called Zur Amba because of this miracle, for through the grace of God, they were able to find the right way and to build the church there. 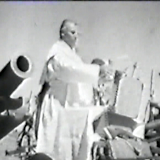 "..I believe that the Italian Goverment is responsible for the following brutal acts. ...People of different towns and villages have been arrested and beaten to death on the pretext that Ethiopian Soliders were nearby. The most vicious of such acts is the recent...[execution] of 600 peasants in Nakamte. At various times several thousands of people were summarily killed for allegedly possesing arms and assisting banditry."
(H.I.M) 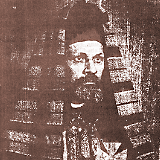 "We black Americans express to Your Majesty our sympathy at the recent audacious massacre of the loyal people of Ethiopia and pray for your majesty's well-being and Ethiopia's victory."
(P.M.H Savory, M.D - Chairman of the Executive Committee of the Union of African Natives Association) 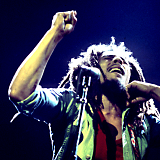 "In violation of the covenant of the League of Nations from the pitiful day on which barbarous Italy invaded my country...the ill-fated people of Ethiopia have suffered from countless atrocoties....brutality and misery. Today those who have died in battle are luckier than those who are suffering from recurrent torture and the hands of the brutal enemy. As a result of our deep sorrow, I appealed to the League of Nations and to the whole world about our misery and despair. Nevertheless, until now our voices have not been heard. The nations have blocked their ears to our lamentations..."

And I saw another angel ascending from the east, having the seal of the living God: and he cried with a loud voice to the four angels, to whom it was given to hurt the earth and the sea, Saying, Hurt not the earth, neither the sea, nor the trees, till we have sealed the servants of our God in their foreheads.[Rev:7 Ch:2-3]