Report of Battle of Adowa - Part II
The Fort Wayne Weekly Sentinal
The Shoans. armed with the improved French military rifles, it is claimed, and supported by modern artillery, directed by French artillerymen advanced upon tbe Italians in overwhelming strength, while the apparently deserted passes became alive with natives who hurled rocks down upon the trapped soldiers,

while others kept up a terrible well directed fire upon the troops. Other rumors add that the Italians broke and fled, after making a gallant stand and seeing thousands of their number shot down or crushed to death. Then, it is added, began the most disastrous defeat in the history of African warfare the triumphant Shoans pressing on after the disorganised soldiers, cutting them down in great numbers in spite of repeated formations of squares.

The troops, in these stands are said to have behaved with the greatest gallantry, but all the reserve ammunition was captured and all the Italian provisions and artillery fell into the hands of the enemy. The result was that a number of the Italian detachments had only their bayonets with which to defend themselves. And it is stated; that a small portion of the Italian force sent against the Shoans reached Asmara in safety.

The opposition party and socialists are taking advantage of the situation. The latter especially are very bitter against the government. Later in the day the news from the provinces became more alarming. It was stated that in a number of places the police have been unable to cope with the populace and that the troops have been called upon to restore order. The soldiers, however, appear to have been as helpless as the police and in several places the crowds have been fired upon. At Milan the troops, after vainly trying to disperse a mob which was making a demonstration against the government, were obliged to fire. One man was killed and several were wounded.

This increased the excitement, and report has it that the troops were stoned and had to clear the public square at the point of the bayonet. Dispatches received here from Venice say that the most intense excitement prevails there, and there were a number of riotous demonstrations during the night. An immense crowd of people assembled at the piazza St. Mark and there speeches were made against the government, condemning the manner in which the Abyssinian campaign had been conducted and calling upon the military authorities to try General Baratieri by court martial. There was another popular demonstration against the government at Venice this morning and the mob was only dispersed by the police with the greatest difficulty and after a number of arrests had been made.

Advices received here from Padua say that there was a riotous demonstration today and that the police had to interfere to restore order. A mob marched through the streets hooting the government cfficials and crying for the downfall of the Crispi ministry. At Verona there was a similar demonstration against the government and a number of socialists were arrested for stoning the police and uttering seditious cries.

Shortly before noon today it was announced that General Baratieri had been called to Rome and that on his arrival here his conduct of the present campaign and defeat at Adowa will be inquired into. The socialists declare that the general should be shot as an example to others and that the minister of war should share his fate. General Baldissera; who has assumed command of the Italian troops in Africa, is preparing a report on the battle of Adowa which will be forwarded as promptly as possible to the war department here. The army reserves of 1872, numbering about 80 000 men, are being called to the standard, but it is feared that there will be serious rioting when the men muster in large bodies at their different centers. The people are murmuring greatly at being deprived of the heads of families who must now be placed under arms, and as each hour passes the situation becomes more and more perilous. 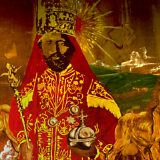 "...We would like to express to Your Majesty that our agony was reduced and hope uplifted when we learned about Your Majesty's appearance before the League Of Nations holding the Scepter Of Solomon in your hands." 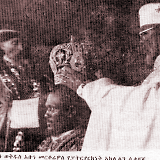 "...to reveal that your defenceless people had been exposed to an unprecedented repression and wanton brutality unleashed by the Italians, and also, to seek justice as well as assistance for your people so as to extinguish the fire that has engulfed us." 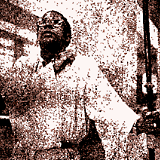 "...Woe unto those countries who do not give just judgement to the Emperor Of Ethiopia who, in honor of and in loyalty to his duty, stood before them in quest of justice, because they are the ones who take on themselves the responsibility of invoking the wrath of God."

"...Behold the land of Ethiopia: be cursed all those who accept the enemy." [Bishop Petros]